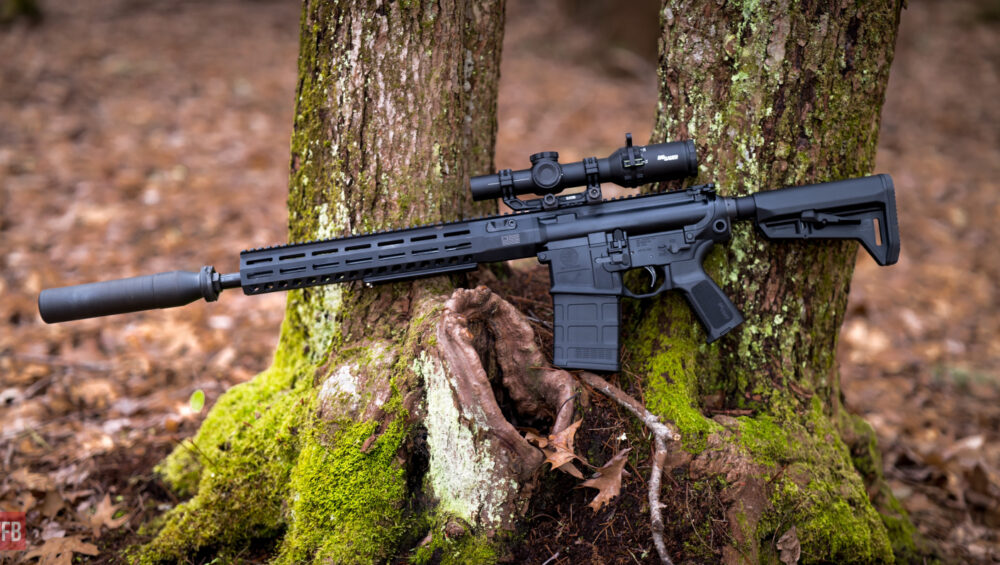 When it comes to buying a rifle, whether it is for self-defense, hunting, target shooting, or competition shooting, most people think of the AR-15 first. It is definitely the most popular semi-automatic rifle in the US, and its Automatic versions like the M4 and other variants are used by Law enforcement and militaries all over the world.

However, few people know much about the Predecessor to the AR15, which was named the AR-10. The AR-15 in fact is a scaled-down version of the AR-10, which is a very capable rifle, and was ahead of its time when designed.

So, let’s talk more about the AR-10, and why you should buy one.

What is the difference between the AR-10 and AR-15?

In simple words, the main difference between the AR-10 and AR-15 is the caliber. When the AR-10 was designed, battle rifles were more common among militaries, and law enforcement, which used larger calibers. Around that time, most of the western countries were adopting rifles chambered in the 7.62×51 caliber round, like the FN-Fal and H&K G3. So, Eugene Stoner, an American Weapons designer came up with the design for the AR-10, which was revolutionary for the time. The AR-10 was lighter than other rifles, and because of its direct impingement operating system, and ergonomics, it was also considerably more controllable. It fires the popular 7.62 NATO caliber (also known in the civilian market as .308 Winchester) and was presented for military trials in the US, however, it was initially rejected in favor of the M14, since it had a familiar design to the M1 Garand, and it would be easier for weapon manufacturers to tool up for mass production.

Later on, when the military needed a smaller caliber rifle, Store designed the smaller version of the AR-10, chambered in the 5.56x45mm caliber, and designated it as the AR-15, which was adopted by the military as the M16.

Now, since the AR-10 has a larger caliber, it is also heavier, with a heavier barrel and larger receiver. Otherwise, the trigger mechanism, operating system, ergonomics, and controls of both rifles are virtually identical.

The AR-10 is a very capable rifle in a variety of roles. From self-defense to hunting, the AR-10, with its heavy caliber, can extend the range of application that you would get from an AR-15, or a stand-alone hunting rifle.

This was quite prominent after the US military started using the AR-10 as the M110 Semi-Automatic Sniper System. It allows US snipers to have a long engagement range, while still being able to effectively defend themselves at close quarters.

Therefore, if you are looking for a rifle that is versatile, and can fit multiple roles, the AR-10 is a very good option.

In terms of self-defense, the AR-10 and its .308 Winchester caliber are very effective, both at close range and long-range. Many people typically say that the .308 is too big of a round for self-defense, and over-penetration can be an issue with it. Where there is truth to that in some situations, with the right rind of ammunition, these problems can be avoided. Moreover, I won’t say that the AR-10 is the perfect self-defense weapon for every situation, but it is one that can be very effective for self-defense while filling a variety of other roles as well.

In terms of hunting, the .308 Winchester is very capable, and with the platform of the AR-10, it can make it even easier to land follow-up shots, and take down big game. The AR-10 is also perfect for target shooting even at long ranges, and it is ideal for the protection of large properties.

So, the AR-10 is a rifle that fits the roles of survival, self-defense, and sporting weapon very effectively and it is a rifle you should consider having in your arsenal.